Vernazza, considered by many to be the most charming of the Cinque Terre was documented for the first time in 1080.

The remarkable economic and social level reached by the village in Medieval times and still today testified by the town planning conformation and by the presence of architectural elements of great importance, like lodges, churches, case-torri (tower-houses) and arcades.
The village is dominated by the remains of the “castrum” a series of Medieval forts dating back to the XI century, with a cylindrical castle and tower. The built up area comprises separate houses in a single central street and perpendicularly steep flights of steps called “arpaie”.

The most important historical moment is Santa Margherita di Antiochia (St. Margaret of Antioch), a Roman-Genovese style church, whose construction dates back to the XIII century in which are recognised a Medieval body and a Renaissance one.

Discover with us the settlement of Vernazza 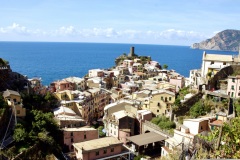 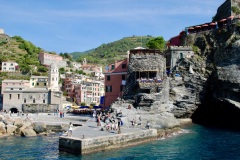 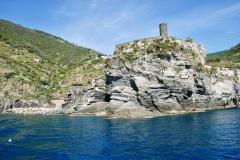 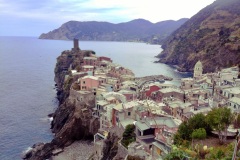 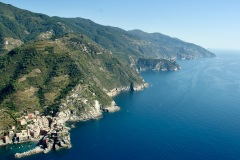 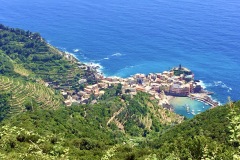 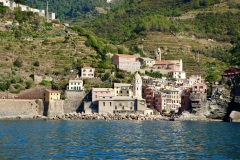 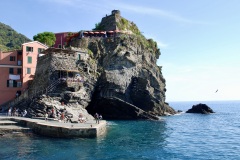 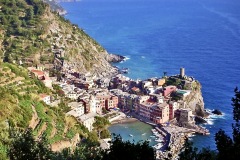 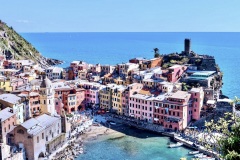 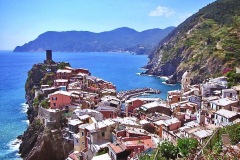 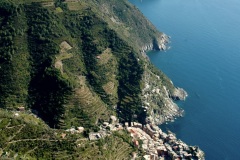 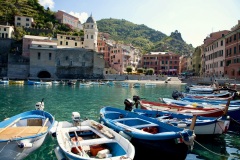 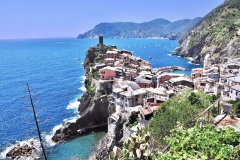 Our Lady of Reggio and the santuario of Vernazza can be reached from the village by a path which ends in a shady square close to a stream. There is news of the building dating from 1248, when it was given the name of Santa Maria (St. Mary), it is immersed in uncontaminated nature more than 300 metres high, boasting a sheer view.
The church of Reggio has very old origins, since it was built in the XI century probably on the foundations of the previous building, traces of which are still visible in the crypt under the floor.
Inside one sees a picture of the Madonna Nera con Bambino (detta “l’Africana”) (Black Virgin Mary With Child (called “the African”) which was declared miraculous with a decree in 1771 following numerous presumed prodigies which elected the santuario destination of frequent pilgrimages from 1600.